I’m delighted that the American edition of First Class Murder has been nominated for an Edgar Award, one of the most prestigious mystery writing awards! To celebrate, I’ve filmed myself reading from the book – watch the short clip below or on my YouTube channel! We’ll find out whether I’ve won on the 26th of […]

Hello detectives! A lot of you have been in contact lately asking how to dress like one of my characters for this year’s World Book Day. I wrote a post last year telling you how to dress like Daisy and Hazel – but this year, I’m updating it below, to answer all of the questions you’ve […]

First Class Murder has been nominated for an Edgar Award!

I’m absolutely thrilled to be able to announce that the American edition of my third book, First Class Murder, has just been nominated in the Juvenile category at the 2018 Edgar Awards! The Edgar Awards are awards for the best crime novels in America, and being on an Edgars list has been a dream that […]

Murder on the Orient Express is out now!

A few of you have written to me to ask if the movie of First Class Murder has been released. You’re not quite right – we’re still looking for the right company to make my books into films – but you’re not too far off. Murder on the Orient Express is the Agatha Christie book […]

Gute Nachtrichten, Deutsche Detectivinnen! Mord Erster Klasse, mein drittes Buch, ist hier! My German publishers, Knesebeck Verlag, and my translator Nadine Mannchen, have created another fantastic book – I’m so pleased to see Daisy and Hazel’s adventures in German continue! To celebrate its publication, I have two copies of the book to give away to […]

Time for another interview round-up! I went on Fun Kids Radio to chat to the fabulous Bex about my books, and The Guggenheim Mystery in particular. Bex is always so much fun, and this is one of my favourite shows to go on! The Men Who Explain Miracles (locked room mystery nerds Dan and JJ) […]

Italian competition and some good news – Mistletoe and Murder will be published in Italy!

There’s a lot of good news coming from Italy at the moment! My Italian publishers, Mondadori Ragazzi, are steaming ahead with my series – the third book, Assassino in Prima Classe (Assassination in First Class), and the fourth, un Delitto allegro ma non Troppo (A Cheerful Little Crime), are out now. I’ve had my author […]

It’s my book birthday in the USA! First Class Murder (the US edition of Daisy and Hazel’s third adventure) is finally out in hardback, and Poison is Not Polite (the US edition of Arsenic for Tea, Daisy and Hazel’s second adventure) is now out in paperback. I’m so pleased and happy – I know American fans have been waiting for this, and I’m really glad the wait is finally over.

Poison is Not Polite (the US edition of Arsenic For Tea) came out in April this year, and since then I’ve been hearing from lots of American and Canadian readers who love Daisy and Hazel.

If you’re one of them, I have great news for you: my third book will be out in the USA in summer 2017, and it will KEEP its British title!

Murder Most Unladylike will be published in Vietnam!

It’s only January, but my books are already having a fantastic year!

I’m finally able to share the good news that Murder Most Unladylike, Arsenic for Tea, First Class Murder AND Jolly Foul Play will be published in Vietnam by Huy Hoang. This is the sixth foreign territory for the series (the books already have publishers in America, France, Italy, Germany and Taiwan). 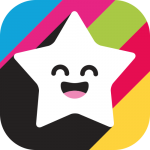 @iucounu @FrogCroakley Did you know that the guy who created sea monkeys was a massive Nazi?? They are truly tainted... Read more >

@lorrainelevis He is very much needed! Read more >

The numbers are in, and my Detective Society is MI

Welcome to the Murder Most Unladylike family, #zah

Getting out of the house is really nice! Highly re

I’m still not able to travel to visit stores bec

More #DeathSetsSail joy! Approved of by people AND

What a day. What a DAY! #DeathSetsSail is official

Proud author face! #DeathSetsSail is out TODAY and

Howl is here to wish #DeathSetsSail a very happy l

Watson approves of #DeathSetsSail! She is a very s